My first gay crush was Billy Mumy as Will Robinson. 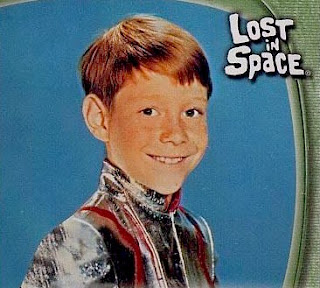 It was simply my first attraction to another boy. 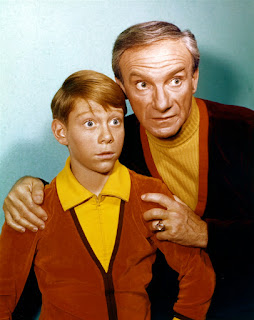 Back then, I would fantasize about being transported to wherever they were in the cosmos, so I could be the friend to get him away from that rascally Dr. Smith.

Just recently, I had a dream that my husbear bought me a ticket for a trip on the Jupiter II for my birthday!

I boarded the ship with the robot, then later Will and I were talking in the galley. As we talked, our facial features morphed so that we resembled each other. But our faces became elongated, so that's how I knew it was only a dream.

But Will said he had a long lost brother. And with our strong resemblance, we concluded that I was his long lost brother! As my heart fluttered (and not from too much caffeine this time), I awakened.

When I told my husbear about my dream (hoping he would somehow make it a reality for my next birthday), he was mad that I left with the robot to board the Jupiter II. What did he think I'd do, leave the robot with him? No way!

This was my first gay crush and this was MY dream! I think my husbear is the only person I've ever told this to until today.

I was a much younger man in my dreams. Aren't we all? Yeah well, time flies don't it?